A kingdom of diversity. Navarra is highly regarded for its landscapes and people, and we will be more than pleased to help you organise your trip. Our mains routes in Navarra:

SAN JEAN DE PIE DE PORT (France). San Juan de Pie de Port is the last French village in the Pilgrims´ Way before it enters the Iberian Peninsula. It is the capital of the Baja Navarre province, this region belonged to the Kingdom of Navarre till 1527. It is a very nice village, it has a citadel located in its highest point from which we can enjoy the wonderful view of the smooth lands below and the mountains surrounding them.

IBAÑETA PASS. A stop at Ibañeta pass is a must, not only because of the historic echoes of this place (battle of the basques against Charlemagne army in 778, extensively evoked in medieval ballads, traditional pass through the Pyrenees and entry of the Pilgrims’ Way in Navarre), but also because of the breathtaking view that can be seen from this point.

RONCESVALLES. The Royal Collegiate church of Roncesvalles is a place suffused with legend, undoubtedly enhanced by the beautiful evocative landscape surrounding it at the foot of Ibañeta. It was built in the XIII century to help physically and spiritually to the pilgrims that crossed the Pyrenees at this point.

Pilgrim’s Route. A trip back in time

ESTELLA The urban relevance of Estella is mostly due to the decision of the King Sancho el Mayor (1004-1035) to place the town in the Pilgrims Way to Santiago. The main monumental part of Estella is in the old Franks quarter. Close to San Martín square we can find the old Town Hall (s. XVII); the Kings’ Palace (s. XII), the only civil Romanesque building in Navarre; and the church of San Pedro de la Rúa, which houses a magnificent Romanesque cloister with two galleries whose capitals have extremely delicate carvings.

PUENTE LA REINA. The imposing Romanesque seven-span bridge from the XI century gives its name to the town, whose importance was determined by being at a crossroads on the Pilgrims’ Way, where the two roads, the one coming from Aragón and the one that crosses Navarre get together into one.

CHURCH OF SANTA MARÍA DE EUNATE. The church, placed in the Pilgrims’ way to Santiago, stands alone in a beautiful scenery of opened and smooth land. A small octagonal church built in the 12th century. This is one of the most interesting churches of the Romanesque Navarre architecture.

Medieval Route. The history of a kingdom

THE CASTLE OF OLITE. The palace we visit today was built during the kingdom of Charles the III at the end of the XIV century and beginning of the XV. It comprises a complex unit of rooms, gardens and defensive ditches surrounded by high walls, and by numerous towers all built in different styles, which give the castle a spectacular silhouette.

MONASTERY OF LEYRE. First records of the Monastery date back to before the 9th century. During the 10th and 11th centuries it was used as the Royal pantheon of the first two Navarre royal dynasties.

CASTILLO DE JAVIER. This castle is the birthplace of San Francisco Javier. Born in 1506, joint the Jesuit companion and opened the door for evangelization in the far East. He is the patron saint of Navarre. The castle was founded around a tower from the XI century and it was finished at the end of the XV century.

To know our walking tours in Pamplona click here.

Registration No., Government of Navarre 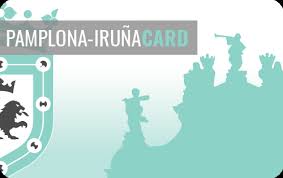 You can find out more about which cookies we are using or switch them off in settings.

Open chat
Powered by
Hello! Can I help you?

This website uses cookies so that we can provide you with the best user experience possible. Cookie information is stored in your browser and performs functions such as recognising you when you return to our website and helping our team to understand which sections of the website you find most interesting and useful.

Strictly Necessary Cookie should be enabled at all times so that we can save your preferences for cookie settings.

If you disable this cookie, we will not be able to save your preferences. This means that every time you visit this website you will need to enable or disable cookies again.

This website uses Google Analytics to collect anonymous information such as the number of visitors to the site, and the most popular pages.

Please enable Strictly Necessary Cookies first so that we can save your preferences!